When Gary Moore was just 14 he saw Peter Green play in Mayall’s band and heard his calling in the distinctive throaty voice of Green’s Les Paul. There’s been a lot of speculation over the years on just how Green’s instrument achieved its super-warm trebly sound. Green says he reversed a magnet in the neck position humbucker while tinkering with the guitar. Another tale has a repairman accidentally re-winding a pickup in reverse. At any rate, the guitar spent 37 years in Moore’s hands after he acquired it from Green for a Gibson SG and a few hundred bucks. The instrument sold for more than $2 million when it was auctioned in 2006.

In january 2014 Kirk Hammett from Metallica bought the Greeny for an assumed 2 million dollar. 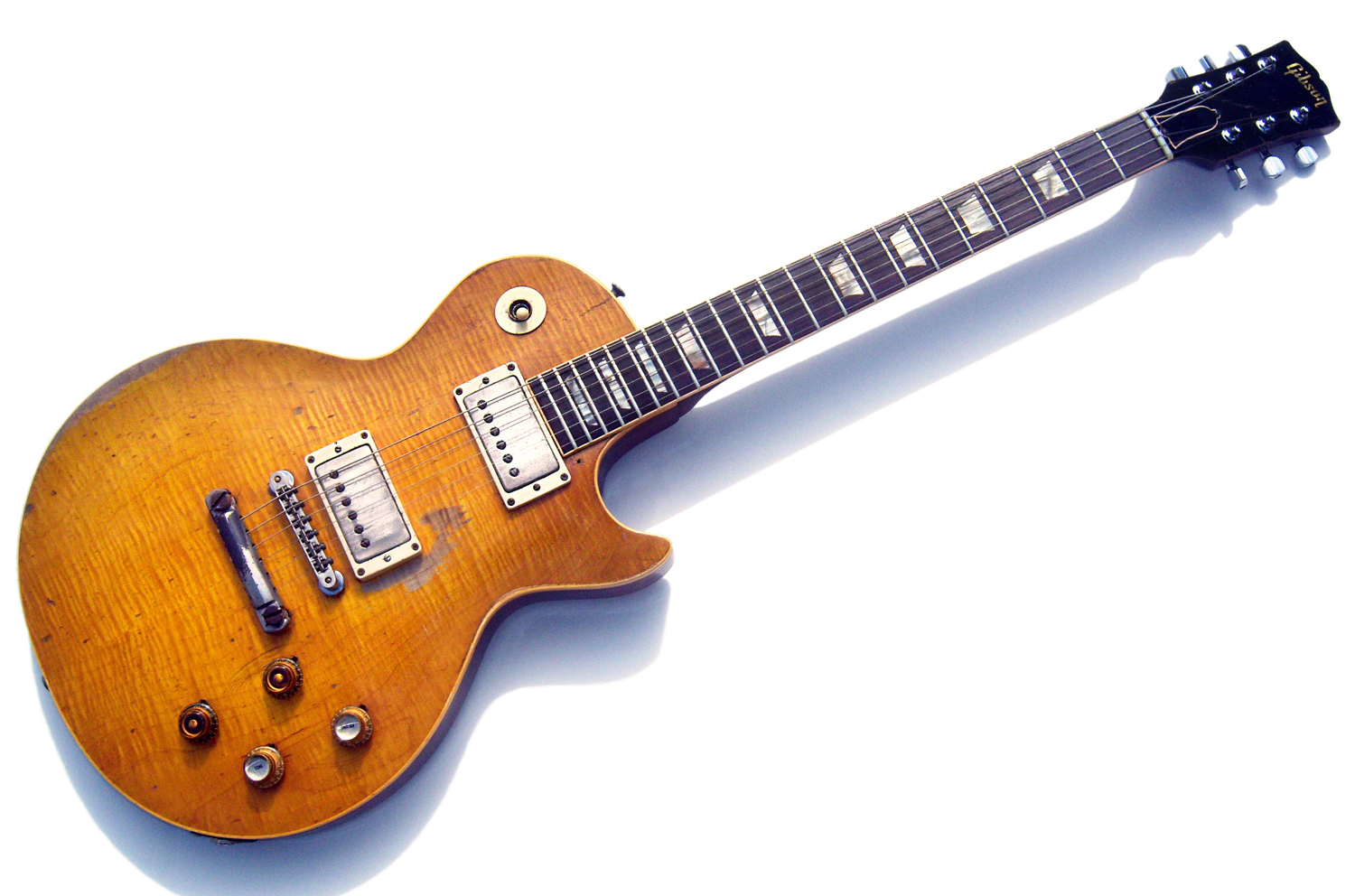